The Berlin gold project is a 100%-owned 66,500-hectare project located in the Antioquia Department, 90 kilometres north of Medellín. Access is through the town of Yarumal on paved road and through Briceno or San Andreas to the project area on the unsealed original mine access road. The area is sparsely populated with steep terrain and much of the concession area is only accessible by mule or on foot.

The property is underlain by graphitic- and sericite-chlorite schists of the Paleozoic Cajamarca complex. It is located in a structural wedge between north and northeast-trending extensions of the Romeral fault system which is a prominent suture zone between Mesozoic continental margin and Cretaceous and younger accreted terranes.

Gold mineralization is characterized by large-scale quartz veins which are preferentially developed in the graphitic schists, and are both strike and vertically extensive. The Berlin vein trend is a minimum 11 kilometres of strike length north-south and the newly discovered sub-parallel Troncal trend is a minimum four kilometres in strike length. Ore grade mineralization has been discovered along the entire length of the Berlin trend over a minimum vertical extent of 1,400 metres. Mineralization is hosted in quartz veins and lodes from 0.5 – 25 metre-thickness, with gold grades being higher in areas that have abundant inclusions of the graphitic schist. Alteration consists of a simple assemblage of sericite +/- carbonate which is developed within 1 – 25 metres of the vein margins.

According to the Engineering and Mining Journal (Vol. 143, No. 4, 1942), the original Berlin Mine was operated from 1930-1946 by Canadian company Timmins Ochali (see document below). It produced 413,000 ounces of gold from a number of quartz veins and quartz lenses, up to 20 metre thickness, with a life-of-mine production grade of 16 g/t Au. Gold recoveries averaged 94% in a standard gravity, flotation and cyanidation circuit. The mine covered approximately 900 metres of strike in the center of a 12-kilometres mineralized trend that has been defined by Continental Gold during 2008 and 2009 exploration programs. No historical drilling has been done outside of the Berlin mine area anywhere along either of the two known vein trends.

Field work programs carried out by Continental Gold to date have consisted of detailed geologic mapping and more than 1,100 stream sediment, rock chip and channel samples. Surface mapping and sampling have also confirmed on the adjacent Troncal trend similar veins that have been traced along a minimum four-kilometres of strike. Approximately 90% of the combined strike length on the two prospective trends is on concessions which are 100% owned by the Company.

The Berlin project displays high potential for the discovery of multiple mineralized quartz veins and lodes, similar to the original Berlin deposit, along the entire strike length of the Romeral and Troncal trends within the Continental Gold tenure package.

Article on Berlin by the
Engineering and Mining Journal, April 1942

“A Lode Gold Mine In Colombia” 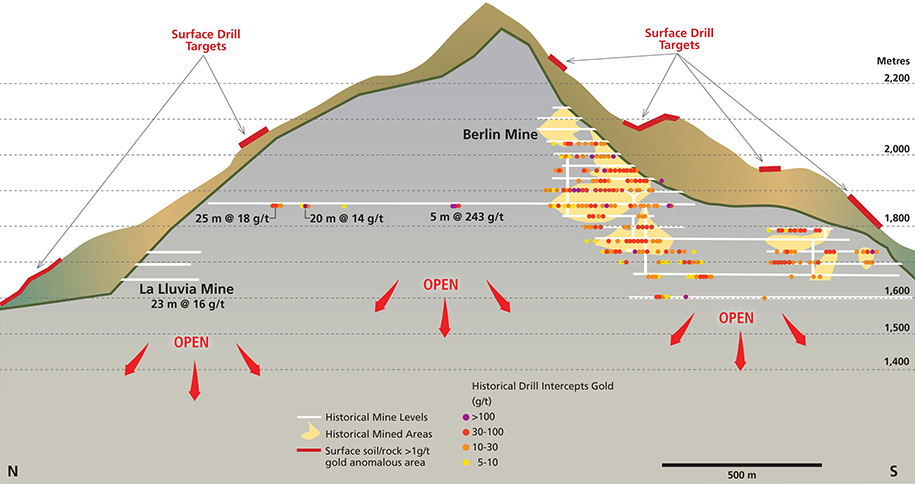 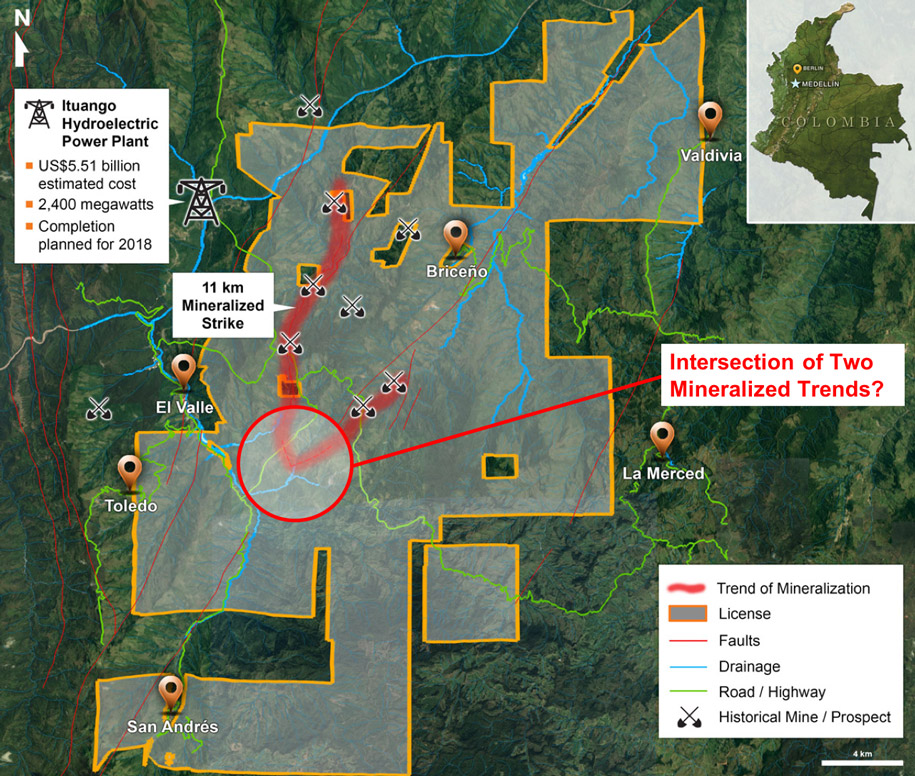